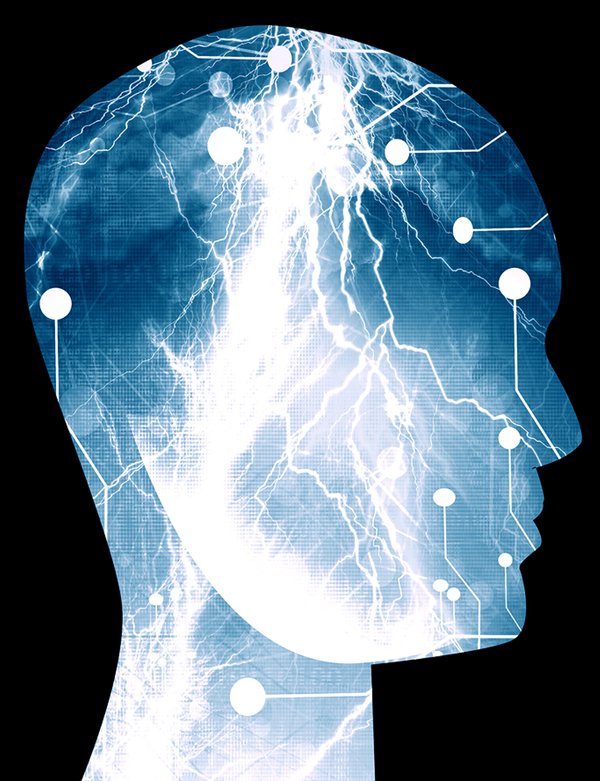 KNOXVILLE, Tenn. — The sad reality in baseball is that pitchers rarely hit their intended target.

Collegiate Baseball ran an in-depth story about why U.S. Navy SEAL snipers can hit targets up to a mile away while pitchers struggle to hit their mark from 60 feet 6 inches in the Feb. 6, 2015 edition as the SEAL Sniper Training program was explored.

According to Inside Edge, which compiles data from Major League games, pitchers on this level missed their target 76 percent of the time during the 2014 season. Inside Edge defines hitting a target as the catcher’s glove didn’t move or it was within one baseball width from the glove.

A big difference between the two disciplines are that snipers look through a scope with crosshairs to target with precision, and their rifle is completely still along with the sniper’s body and head.

A pitcher has many moving body parts as he throws a pitch, including his head, which obviously includes his sighting mechanism with his eyes.

There has never been a method so pitchers could visually train with precision like a sniper until now.

In part one of this series, internationally known archer Doug Besherse explained how aiming small and missing small must be utilized by pitchers from the time they are eight years old to train the mind properly. Anything less will not allow the pitcher to tap into his maximum control.

In this final article of the 2-part series, Tim Nicely, inventor of V-Flex, has introduced a training aid that could revolutionize the way pitchers throw strikes with more precision.

It essentially is a product that assists the brain in processing visual information more efficiently for pitchers. It allows pitch control through spatial learning.

Nicely said that he became intrigued with the brain after his first cousin was seriously injured.

“I was working on the Tennessee Smokies’ baseball stadium in general contracting work and was coaching high school baseball and softball at the time as well. My first cousin fell from the roof of the stadium and suffered a massive brain injury.

“For the past 16 years, I have devoted my time to studying the brain. I didn’t just wake up one morning and decide to design a baseball and softball product. Fate chose me. I sure didn’t choose the path.”

Nicely said that through his research, he found a number of areas that could help his first cousin.

“I knew a lot about how the mind works after extensive research on the brain, building exterior confidence, visual strengthening and having a positive self image, among many areas that you hear today from vision experts and mind experts in the game.

“That really didn’t alter the brain’s internal network like I wanted it to. When a person has a brain injury, they may not cognitively be able to do anything. You have to strengthen neural pathways without the mind’s help. That was my first order of business.

“Could I exercise the brain so that it can show some progress? I didn’t look at it the way I normally looked at things. My first cousin was mentally tough. There wasn’t a more mentally tough person than this girl who had fallen. But she couldn’t pull herself mentally out of the brain injury. It took stimulation of the neurons.

“It wasn’t with external stimulus such as placing electrode pads to your head that sends pulses deep into your brain. It wasn’t that at all. It was using the electromagnetic energy that passes through the eyes. That goes to the visual cortex and stimulates ocular motor function. For instance, if we see something, we might move our hand, feet or some part of the body in response. I simply wanted to strengthen those pathways.”

Brain TrainingNicely, a former pitcher in high school who played shortstop and second base at Middle Tennessee State University, said he is aspiring to strengthen the brain of pitchers in the quest to throw more strikes.

“Right now, we are setting double digit improvement with pitchers hitting their target. Obviously, the ability to throw strikes will be different on the Major League, college and high school levels. But we are seeing anywhere from 10 percent to 20 percent increases in strike throwing. Keep in mind we are in the infancy of our data collection for pitchers.

“On the hitting side, we know batters can improve with pitch recognition because we have 20,000 swings logged into app for taking strikes and swinging at balls. On the pitching side, our app is a few months away from being finalized. Our preliminary numbers are better than the hitting numbers which we anticipated would happen.”

After Collegiate Baseball ran the article last year about U.S. Navy SEAL snipers and the level of success they have at hitting their targets, several coaches called us to inquire if there were any glasses that a company made that had crosshairs in it so pitchers could look at their target like a sniper.

We weren’t aware of anything on the market like this, but we inquired with several scope manufacturers. And in each case, they didn’t have anything that remotely resembled this.

Ironically, the V-Flex system for pitchers was introduced shortly after the story appeared. 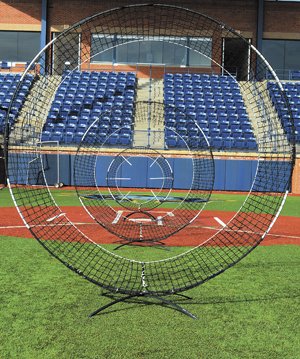 “Our product funnel’s a pitcher’s eyesight into a specific area you are trying to hit.”

The system for pitchers includes three progressively smaller circles strategically placed in line from the the pitcher’s rubber to home plate.

Depending on the height of the pitcher, usually the only circle that will move is the largest one if necessary.

If a pitcher has an big breaking curve, the two largest circles can be moved slightly to accommodate the trajectory of that pitch. But the smallest circle remains in place on home plate as the curve ball ends up at home.

“Pitchers will get a great feel for breaking their curve ball at a specific spot so that it breaks into the strike zone at the ideal spot they want,” said Nicely.

“They will know if they should have their curve ball break at 15 feet, 20 feet or what precise point along the path to home plate. If you know that, then you can set the device in that particular location and can become consistent with that pitch.”

To read more of this article, purchase the Feb. 26, 2016 edition of Collegiate Baseball by CLICKING HERE. Nicely explains how advanced depth perception is attained for pitchers with this device as the strike zone becomes darker and brain recognition is achieved in 4-D. He explains how professional pitchers are having great success with it and why the “feel system” of throwing is simply not effective. Nicely feels that pitchers will ultimately be able to throw 70-80 percent strikes because of this technology.

Tim is owner and inventor of the V-Flex Hitting and Pitching System and V-Flex Technologies Inc. in Kingsport, Tennessee. After graduating in 1981 from Rutledge High School he attended and in 1986 he received a B.S. Degree from Middle Tennessee State University in Murfreesboro, Tennessee. Tim holds secondary education certifications in Economics, Sociology, Political Science, Psychology, Geography, History and Athletic Coaching.

For the past 25 years he has researched the neuropaths of light in the brain and coached several different sports during those years. His coaching experience consists of several years at the High School level as a Head Baseball and Softball coach and assistant Basketball coach.

From 1992-2004, in the private business sector he founded Nicely Built Hotels, LLC. From 2007-current, he has been positioning V-Flex Technologies for a national launch. After being issued a U.S. Patent for baseball’s first intellectual property for training pitch recognition he has been in overdrive getting the concept to manufacturing and eventually to the market.

He authored a book entitled “Turn Your Brain On” which highlights the intellectual property surrounding V-Flex. The book took three years to write and fifteen years to gather the research material and compose the rough draft.

Tim has been happily married for 30 years to his high school sweetheart Belinda. They have two children, Sierra-24, and Chase-27. Both Tim and Belinda are of the Christian faith and enjoy Church and Community relationships. In his spare time he enjoys reading, researching, fishing, taking photos of nature and spending time with friends and family.